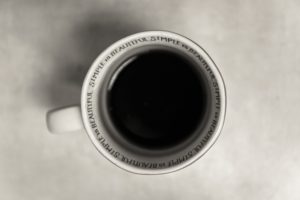 A few months ago, I detailed a few of my favorite podcasts, including one called The Minimalists Podcast. Lately I have tried to really embrace some of the ideas about minimalism that these guys discuss. And while I’m certainly not a minimalist to the extreme, I am really intrigued by their perspective. Call me a quasi-minimalist, maybe? At the very least, it’s something I’m working on.

Minimalism can mean different things to people, but to me it’s about stripping away as much (or as little) of the excess in my life to focus on the relationships and things that add value to my life..

I try to be really intentional with where and how I spend my money, my attention, and my time. Are these choices adding value to my life? Or do they take value away?

My Own Spin on the 30-Day Minimalism Challenge

My introduction to The Minimalists Podcast actually stemmed from their book, Everything That Remains. Joshua Millburn’s story in particular is one I will never forget. If you’re not familiar with the book, Millburn was at a crossroads in his life. His marriage was falling apart, and in the middle of it all, his mother died suddenly in her home out-of-state. When he visited her house to begin going through her things, he realized she had SO much stuff. After considering moving truckloads of her belongings back home and paying for storage, he realized the better choice was to just be free of it all.

I read this book over the holidays in a pivotal moment in my own life. Simply put, I had too much stuff—physical and emotional clutter. I needed to hit the reset button and eliminate some of the clutter. This book encouraged me to do the 30-Day Minimalism Challenge —not full-out (get rid of one thing on day one, two things on day two…), but in my own quasi-minimalist way.

For instance, I’d accumulated a lot of coffee cups—way more than I needed—and they were taking up so much space. So one day I threw out about ten of them. I also donated a lot of toys that my son was now too old to play with and would likely never touch again. I finally got rid of all the old VHS tapes and CDs in the basement, a spice rack I never used, and a food processor still in the box.

I know what you’re thinking here. “Heather. You gave away ten coffee cups. What’s the big deal?!” But in some small way, these gestures were cathartic. There was something so therapeutic about saying “I don’t need these things in my life. I can get rid of them and my life is fine without them.” It was a physical manifestation of something bigger that was going on for me emotionally and personally.

I think we can also think about some people or relationships the way we think of clutter or extra coffee cups. We build attachments to things or people that we think are so important in our lives, but at the end of the day, some relationships only appear in our lives for a certain time or purpose. Not every relationship is meant to be a lifelong endeavor—and that’s ok!

If a relationship isn’t adding value to your life, why expend so much energy trying to keep it going? Perhaps it’s better to release that relationship, and move on to others that add value—to people who are supportive and in your corner.

Quasi-minimalism has helped me to embrace the knowledge that I am no more defined by my relationships than I am by the physical objects in my house. I can’t let an unproductive relationship or a coffee cup take up that much emotional space in my life.

So, what are my biggest takeaways from this quasi-minimalist adventure? Share your life (and your cabinet space) with people and things that add meaning and value to your life, and try to shed as much of the excess as you can. I guarantee you’ll feel the weight off your shoulders almost immediately!

Geben House Rules: Design Your Day
The Rules of Newsjacking